Posted on December 18, 2017 by villiscahistory 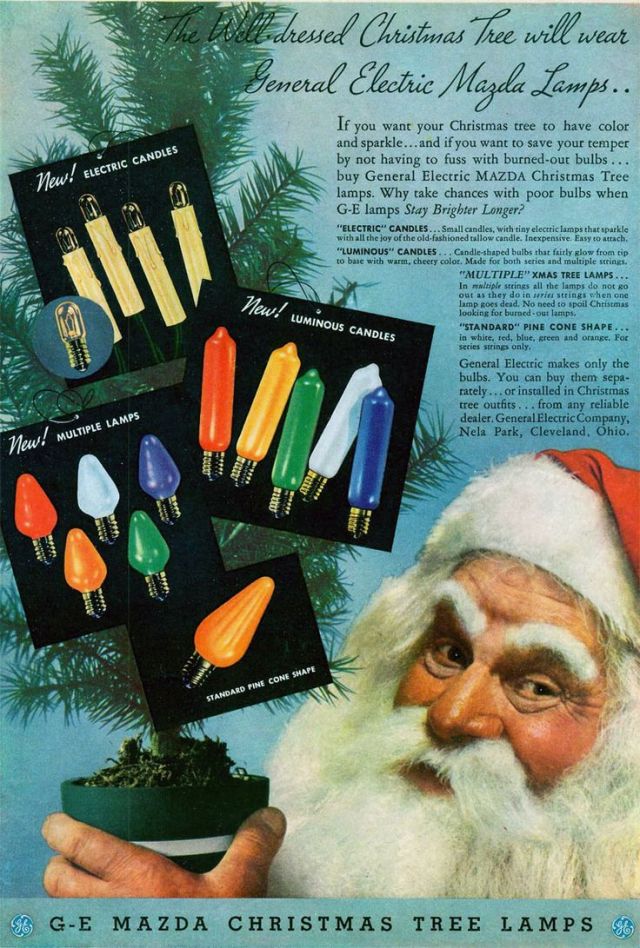 Written by Linda Artlip Weinstein for the “Villisca Review” in December 2015.

It’s not clear if Edward H. Johnson, a colleague of Thomas Edison, knew what he was starting in 1882 when he dreamed up a new way to decorate his family’s Christmas tree. Mr. Johnson handmade the world’s first string of electric Christmas lights  from strands of electrical wire connecting eight walnut-sized light bulbs of alternating red, white and blue. He wrapped his creation around his family’s Christmas tree near a window that looked out on Fifth Avenue in New York.

Not everyone who saw the lights in the window of the Johnson family mansion was impressed with Mr. Johnson’s ground-breaking efforts. The New York Times and other city newspapers, for instance, refused to run a story on the innovation, judging the whole thing a shabby public relations ploy. But a Detroit newspaper was interested enough to publish an article on Mr. Johnson’s invention and the rest, as they say, is history. 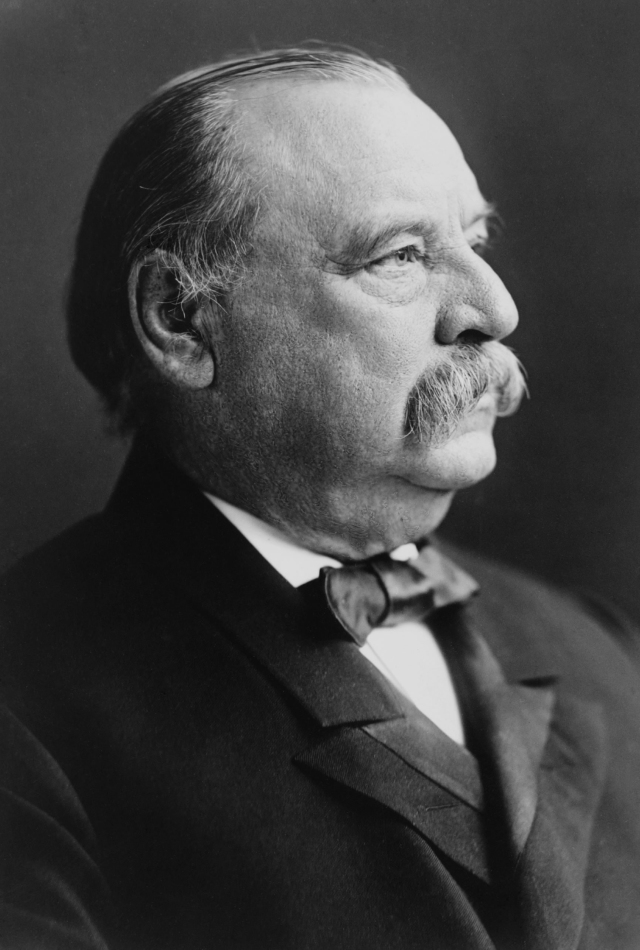 President Grover Cleveland is often credited for spurring acceptance of indoor electric Christmas lights when in 1895 he had the White House family tree lit with hundreds of colored bulbs. It was a first for what has become a beloved tradition.

But it wasn’t until 1903 that General Electric Co. of Harrison, New Jersey, began to sell pre-assembled sets of Christmas lights. Prior to that auspicious moment, you had to be an electrician—or wealthy enough to hire one—in order to have electric Christmas lights. You couldn’t just run down to K-Mart to pick up a few strands—no K-Mart, no lights.

It’s been estimated that trimming an average Christmas tree with electric lights before GE inventedl ight sets would have cost the equivalent of $2,000 in 2015 dollars. That alone probably convinced a few folks to stick to dangerous candles on their trees. Nevertheless, the idea of electric Christmas lights spread over the country with growing enthusiasm, although only for indoor trees.

It wasn’t until the Del Coronado Hotel in San Diego first strung outdoor Christmas lights in 1903, followed by the town of Appleton, Wisconsin in 1909, and finally New York City in 1912 that electric Christmas lights were installed out of doors. With these cities leading the way, could Villisca be far behind? Of course not. Even though electrical service in the city was problematic because of on-going power struggles with the local electric company.

Nevertheless, Villisca’s first municipal Christmas tree, which was kind of a bust because of delays in receiving the decorations ordered from Chicago, did feature a thousand-candle power nitrogen arc lamp on top of the tree, although no light strands. The Review noted that the top light was visible for miles—kind of like the Star of Bethlehem, it would seem. But times were a-changing and The Light Shop’s ad on December 23, 1914 offered Villiscans the ability to purchase Christmas tree light sets.

The ad said: “Christmas tree lights make a happy Christmas for the kiddies. Have a tree and have it lighted with one of our lighting sets and be safe from fire. They are good every year.”

J. S. Honeyman had apparently “bit” on this new fashion and had earlier purchased some strands because the Review reported on “Some Unique Decorations” in its December 12th edition.

“One of the neatest and prettiest decorated business houses in Villisca is that of J. S. Honeyman, who besides the usual decorations has several clusters of small colored electric lights about the large Christmas bells in the store, at night these present a pretty appearance.”

That’s all fine and dandy, but you have to have electricity first and also feel you can afford to use it for decorations. The delay in using colored electrical lights for Christmas in Villisca is a bit puzzling as the city had stretched a cable bearing 150 various colored lights over Third Avenue to the southwest corner of the square in August of 1907.

Illuminated in celebration of the Old Veterans of Cass and Montgomery Counties reunion, the lights presented a beautiful spectacle after dark, according to the Review. But apparently no one thought to do the same for the Christmas season. It wouldn’t be until 1936 that Villisca got its municipal electricity generating plant up and going, but it had stopped battling with its electricity providers in the teens enough so the town was reliably electrified. Electricity remained a bit suspect for several years though, and for sure, it was considered expensive. So it took awhile for electric current to be considered a reasonably priced necessity.

However, by the Christmas season of 1928, the town got into the swing of electrical Christmas lights enough that the commercial club ordered colored lights to be installed in the street light fixtures in the business district.

In addition, the club had ordered dozens of small Christmas trees, oneto be installed in front of each business place.

“Some of these have been trimmed with small electric lights, with current supplied from the interior of the buildings in front of which they stand, and give an especially pleasing effect,” according to the Review’s report.

Villisca was about to enter a new, glowing electrified age. When the municipal Christmas tree of 1930 arrived, the Review proudly proclaimed that it would be decorated with among other things 100 brightly colored electric lights. In addition, the 60 smaller trees erected in front of the businesses along the four sides of the public square and on lower Third avenue were to be festooned with electric lights too.

A special light wire was strung along the street so that all the merchants might light their trees with colored Christmas lights. The Commercial Club’s colored light bulbs purchased in 1928 were also installed in the downtown street light stanchions, adding to the festive look of Villisca’s business district.

In 1936, with the electricity wars over, the municipal light plant supplied free of charge the electrical current needed for Christmas decorations in the business district. That must have seemed like a good idea, but led to misunderstandings and bad feelings the next year.

In 1937, for the first time, the Chamber of Commerce sponsored a contest for the best electrically decorated homes. The front page of the December 9 Review explained that contrary to the public’s belief, the light plant had never intended to provide free current to residential customers, even those involved in the contest.

“Officials of the Villisca Municipal Power Plant say the impression appears to be rather prevalent among Villisca residents that the power plant will furnish free electric current for all Christmas lights in the business and residential districts of the city, but that takes in more territory than the plant can cover gratis.”

The article explained that the plant would in addition supply free current for the four double floodlights installed on buildings around the square in order to light up the park during the holidays. (The floods had been brought up from the football field and park for the Christmas season.) It pointed out that the floods used lots of current, nearly half as much as required to light all of the street lamps in the city in fact.

“But please remember, there is no free current for Christmas lights at residences.”

Seems a bit Scrooge-like. Free electricity would have added to the Christmas spirit, for sure. But the residents’ time to shine had arrived, even if they had to pay for it.

Editor
View all posts by villiscahistory →
This entry was posted in VHSI Categories. Bookmark the permalink.